On the streets of Shanghai one can find the pungent, steamy aroma of hot soup dumplings that penetrates the senses creating a juicy nirvana of flavors and aromas. The strong attraction of these steamed buns draws customers from opposite ends of the Sleepless City to a delicious confluence. 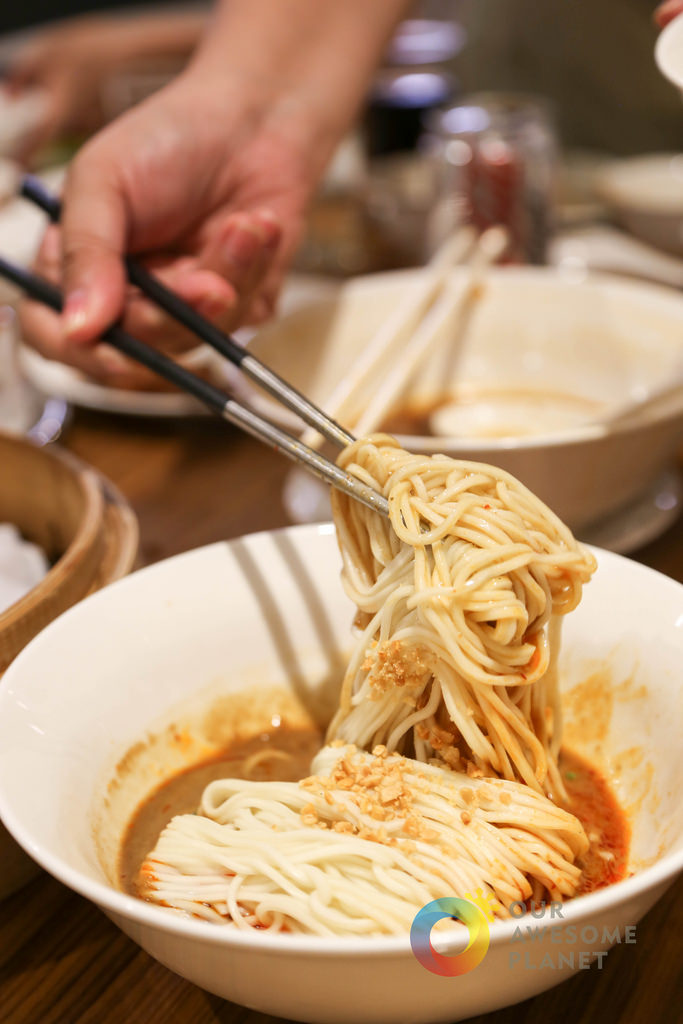 Din Tai Fung originated from an oil shop, which purchased Din Mei Oils back in 1972. The owner, Bingyi, out of humbleness and loyalty, named his shop Din Tai Fung, after his boss’s shop Heng Tai Fung. However, when tinned oil went on sale around 1972, sales at Din Tai Fung hurtled. This led BingYi to turn his shop to a steamed dumpling shop. For the next forty years, the unexpected happened: Din Tai Fung’s steamed dumplings became a sensation all around China, and have now expanded to places all around Asia and in the United States of America.

So what will you find being cooked up today? Although they specialize in Xiao Long Bao, Din Tai Fung’s menu includes a variety of dishes that trace their roots back to Taiwan 40 years ago. Beyond Xiao Long Bao, some of its famous dishes include heart-warming steamed chicken soup, and authentic noodles with spicy sauce.

Although there is more to the restaurant than Xiao Long Bao’s, namely appetizers such as spicy tofu, assorted sautéed vegetables and many other delicious dishes, a journalist from the Seattle Times article noted, “I’m more inclined to another round of dumplings before I call it quits here”.

According to a student conducted survey, around 67% of the students at Concordia would like to go eat at Ding Tai Feng.

A Hero For All

That was what Chris Patten, the last British governor of Hong Kong said, before the “Transfer of Sovereignty Over Hong Kong” from the UK to China in 1997. As a person from Hong Kong, I applaud Mr. Patten for recognizing our famous teatime snack, egg tarts. However, there is way more to Hong Kong’s cuisine than just snacks. Hong Kong’s cuisine ranges from steamy street food to high-end dishes in Hong Kong’s most acclaimed restaurants. With so much flavor and variety Hong Kong food has yet to show, how can its most acclaimed dishes be made available for epicures worldwide?

In order to merge all of these categories, a Hong Kong restaurant owner created Xin Wang, a restaurant that has all types of Hong Kong cuisine. Created in 1998, Xin Wang now has over 60 restaurants all around Asia.

There are four main categories for Hong Kong Cuisine:

At Xin Wang, there’s a mix of all categories of Hong Kong foods. Some of the most notable Xin Wang dishes are:

In the past ten years, Hong Kong cuisine has been exported across Asia, to the busiest cities to serve the homesick Cantonese. Slowly, the introduction of Hong Kong food all over Asia opened the gates for all expats who never had the chance to taste Hong Kong cuisine before to finally have a bite of ‘Hong Kong’. If you’re looking for a mix of Hong Kong foods ranging from street food to high-end dishes, Xin Wang is the right fit for you!

Whenever Shanghai people go to Grandma’s House, they think of their own grandmother’s homemade food. This Grandma’s House is located in Shannon road of Pudong, Shanghai. According to Trip Advisor, customers who have been to Grandma’s House say the prices are very affordable. They serve Zhejiang style food, which comes from Hangzhou. Some of its most notable dishes include:

According to HangzhouTravel, the story of the name goes like this: “Long time ago, two brothers named Song lived at West Lake on fishing. There also lived a rascal named Zhao. Once, rascal Zhao was traveling along West Lake and saw a beautiful woman washing clothes near the lake who was Elder Song's wife. Later he played an intrigue and killed Elder Song. Younger Song and Elder Song's wife sued to the local official, but in fact the official had been in collaboration with the rascal.

To avoid retaliation by the rascal Zhao, Elder Song’s wife suggested her brother-in-law to run away and she cooked a special dish with sugar and vinegar in fish for him and told him that life was like the cooked fish both full of sweetness and sourness. The young man understood his sister-in-law’s meaning and finally he got his position as an official and punished Zhao who killed his elder brother. Then that’s why West Lake Vinegar Fish comes.”

According to a student conducted survey, around 17% of the students in Concordia would like to go eat at Grandma’s House.

Su Zhe Hui is another Zhejiang style restaurant. The restaurant is located on West Nanjing Road, where most of Shanghai’s guilty pleasures reside. Known as Jade Garden in English, this restaurant offers a marvelous culinary interpretation of fine dining, Shanghai-style. Su Zhe Hui opened in 1999, and since then, has been famous for its Shanghainese cuisine in a sophisticated setting. Johnson Zhu, the chief chef of Jade garden, recommends this dish: Mizhi Huofang (sliced ham with honey sauce). The restaurant only selects the best cuts of ham from Xinhua Zhejiang province, a region in China known for its pork. The restaurant also uses a traditional cooking method passed down from the 1930s and improvises on it by creating a “secret” sauce. The chef suggests that diners make reservations specifically asking for Mizhi Huofang because of the strong demand for this dish. 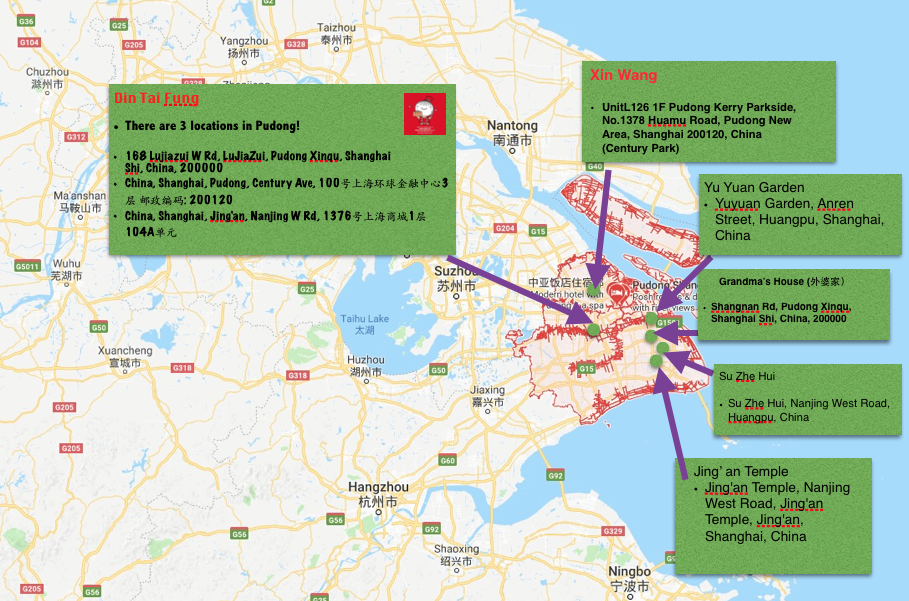