Debunking The Myth of Surveillance Cameras 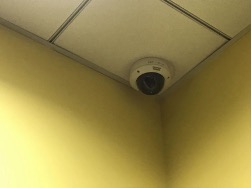 Since middle school, teachers told students that there are cameras in school perimeter and even in individual classrooms. Originally, the students thought the teacher made up the fact that there were cameras to manipulate them into behaving properly, as usually “something is watching you” can scare a lot of people and would make them be more aware of their surroundings. However, the repetition of the dire warning "there are cameras watching" has led to a sort of urban legend, or myth that students are constantly being watched.  Upon interviewing with Concordia’s building manager-Mr. Jon Baermann, the myth was debunked as only a rumor.  He said:

“In total, there are 580 cameras around the entire school. However, there are none in any classrooms or individual offices. The cameras were only installed in hallways, common spaces, and places that require special attention such as the rooftop.”

When asked the question of how the individual office and classrooms were monitored, he gave this response: “The classrooms and office are constructed in a way that the interior can be seen with glass walls or large windows.”  According to Mr. Baerman, a possible reason that this rumor exists is because: "Some schools in China had adapted surveillance cameras in the classrooms to test students’ work efficiency and productivity, but that did not happen at Concordia.” 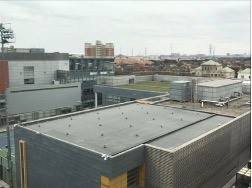 More questions followed about the comprehensive function of surveillance cameras in the classrooms of other schools in China, and the government regulations. After researching the answers to these questions, no specific regulations were found.  It is thought that installing cameras can ensure a wider coverage of security in the school perimeter and can monitor the misconduct and disruptions around school, specially adding the security cameras in classrooms can monitor the class and can let the teachers see the potential deficiencies in their teaching and allow them to do adjustments accordingly.

All the investigation and the research resulted in a conclusion, that the statement that there are surveillance cameras in the individual classrooms at Concordia is only a rumor.   Fortunately this myth is proven false, but there will be a possible change in the future if the government does issue clear regulation.