We asked Concordia Class of 2012 alumna Louise Atadja to share with us her involvement in Dressember, the global campaign to raise awareness and to fight modern slavery. Here's what she had to say:

"When I first heard about the slave trade going on currently in Libya, I was saddened to learn that these individuals had been largely ignored by the world for so long. According to the Global Slavery Index, there are more than 45 million individuals beings forced into slavery worldwide. My primary goal in participating in Dressember was to raise awareness for the severity of modern day slavery while hopefully raising money to help organizations fighting against modern day slavery. 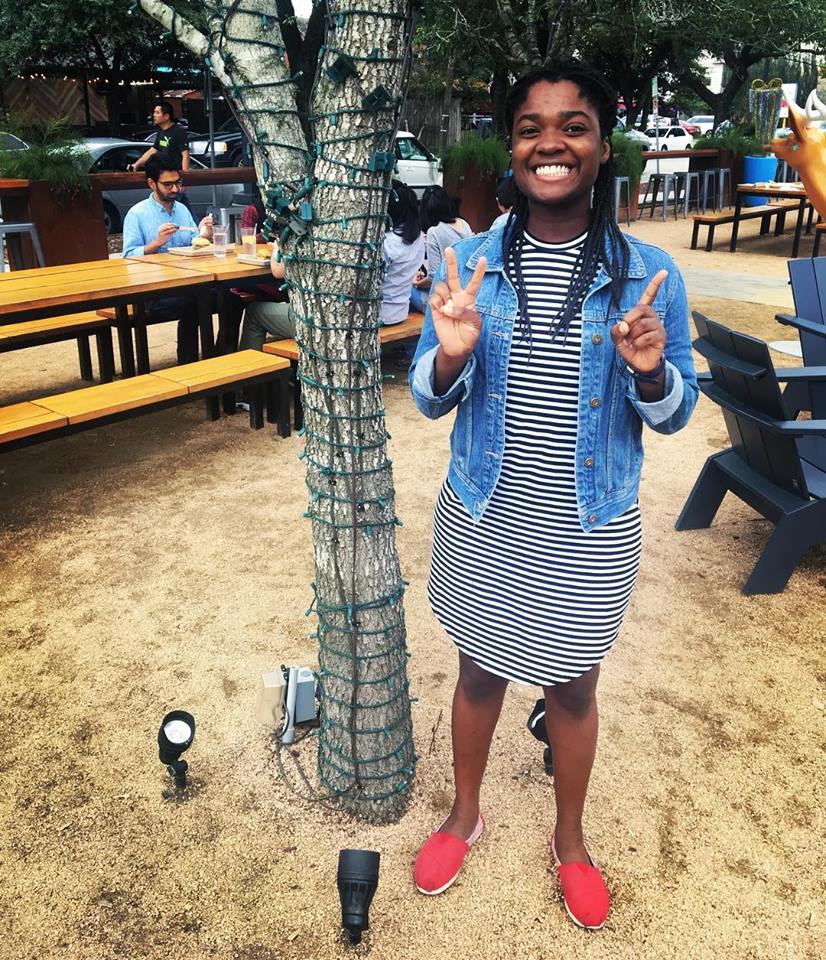 "I have been passionate about social justice and in particular women and children’s rights for quite a while and wanted to share this passion with others but never felt I had the confidence to share things on social media. I wanted to find a way to put passion into action, and I remembered that my older sister and Concordia teacher Jen Muir had taken part in the Dressember campaign years ago. I normally don’t like wearing dresses but throughout the month it was great to have people stop and ask me about my outfit, which often sparked conversations about ways to get involved and organizations that were working against modern day slavery.

"Each day when I wanted to quit and just wear pants for the day, I had to remind myself that there are many children around the world who don't get those kinds of choices. This was the very reason I chose to take part—so that hopefully a little girl somewhere will be able to escape or be rescued from the horrors of modern day slavery and instead choose to attend school using education as a powerful tool and opportunity. I loved taking part in Dressember and hope to be able to do it again! Because at the end of the day #itsbiggerthanadress"

After graduating from Concordia, Louise attended Amherst College, where she received a degree in neuroscience. She has recently been accepted to medical school at Hofstra University in New York.

Louise is an active Concordia alumna and in stays in touch with other former members of the Concordia community. "The Concordia Alumni Community has been an amazing experience!" she writes. "It seems no matter where I go I can always count on meeting up with CISS Alumni."